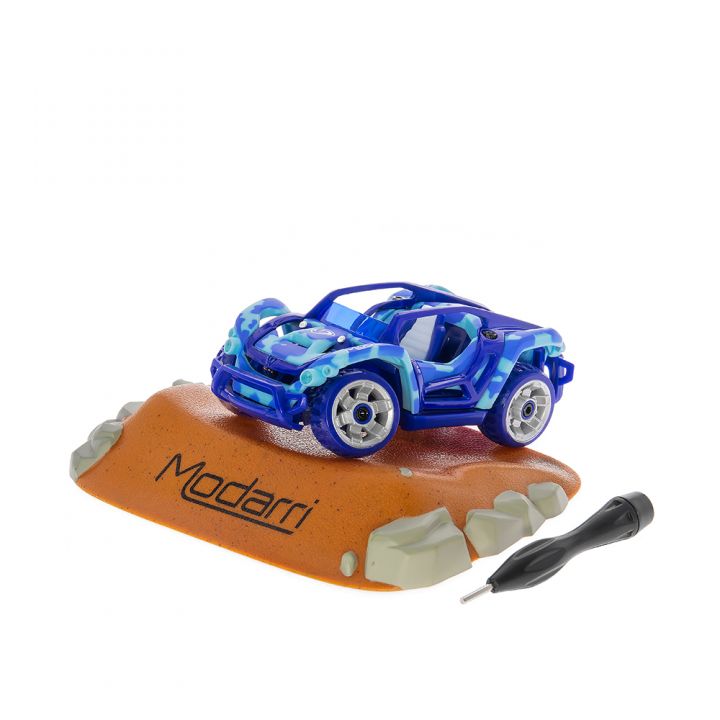 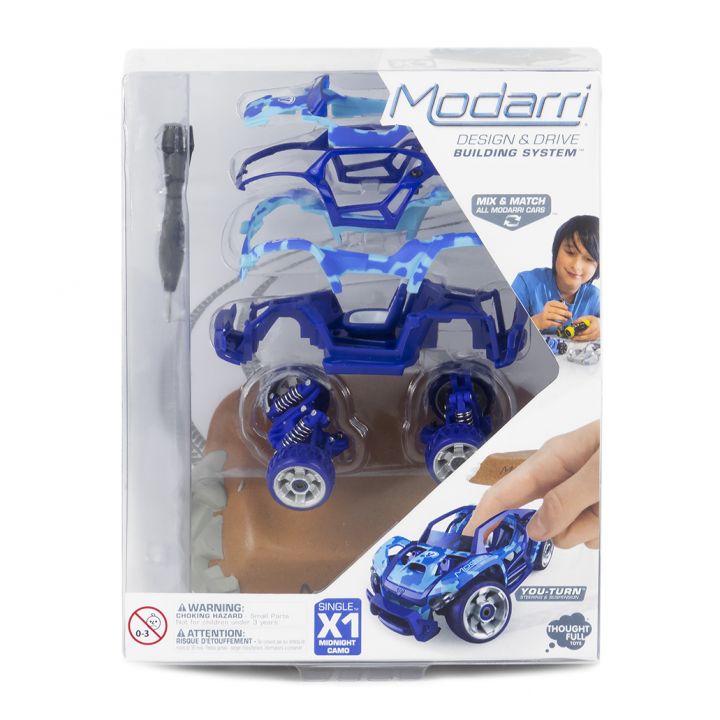 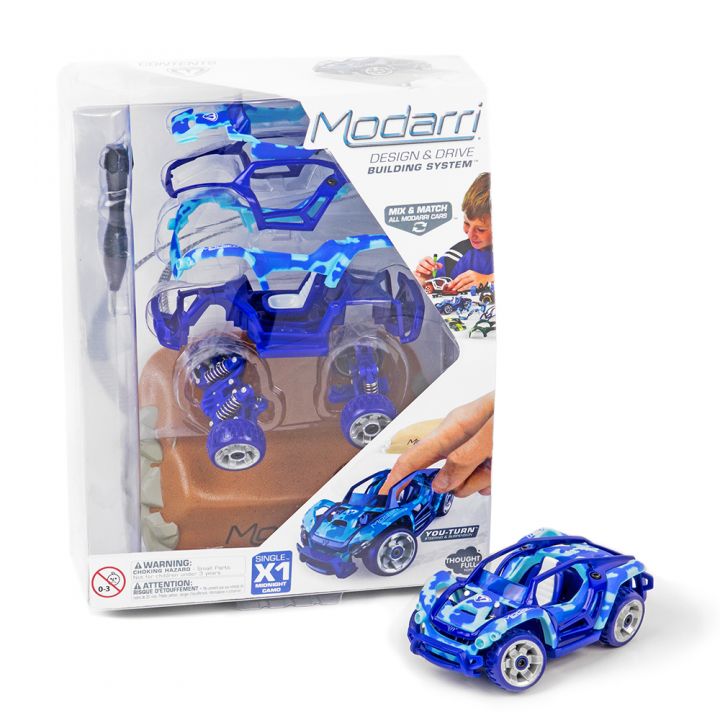 Featuring off-road tires and a roll cage frame, The PRO X1 Midnight Camo Dirt Car will have you blazing your own trails! Its blue camo pattern makes this one dirt racer that will definitely stand out from the crowd! Use the dirt rally jump to enhance your terrain and turn any living space into an exciting playground. Jump included.

Our Modular Building System has retained screws that won't fall out. Just loosen the screws with the hex tool provided and swap out parts! Modarri PRO's real suspension and finger-steering mechanics puts you in the driver's seat for tight maneuvers like figure eights, without ever having to reposition your hand! It's the ultimate toy car experience!