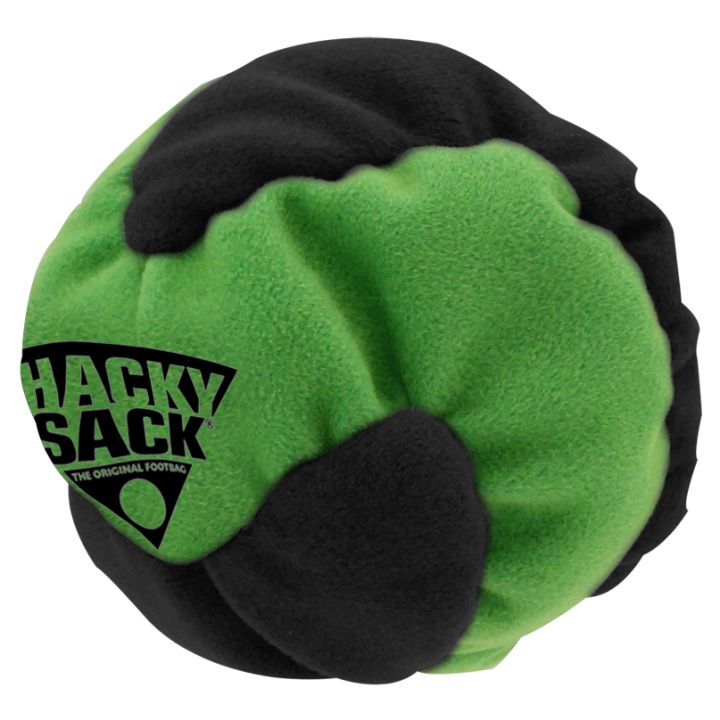 Introduced as part of the Wham-O line up in 1983, the origin of the Hacky Sack footbag began in the summer of 1972, when Mike Marshall showed fellow Oregonian John Stalberger a game where you kick a bean bag lightly in the air, trying to keep it off the ground as long as possible. Stalberger was in the process of rehabilitating an injured knee when he was introduced to Marshall and his bag of tricks. After six months of playing footbag, not only Stalberger’s knee had recovered, him and Marshall had now mastered the art of footbag. It wasn’t long before the two men decided to take the idea further. The result was Hacky Sack.

The first footbags were introduced in 1974 and were square beanbags made by hand. After Marshall’s death, Stalberger decided to form the National Hacky Sack Company and promote the activity in schools around Portland. The result was striking and footbag gained in popularity instantly. Kids in grade school and even college started playing footbag. The media soon heard about the new game/ sport and Stalberger appeared on Good Morning America.

Footbag has now evolved to an official sport regulated by the World Footbag Association and Hacky Sack remains the most famous brand worldwide for the sport.