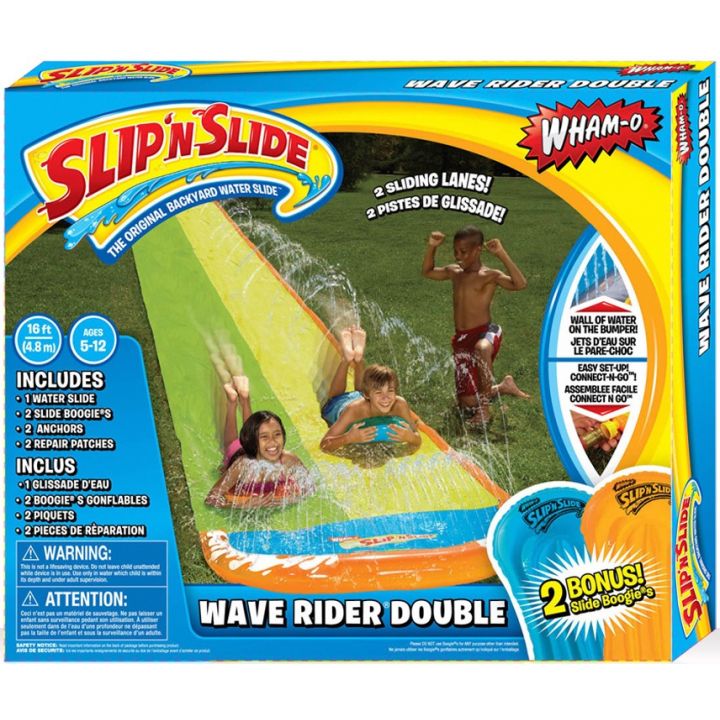 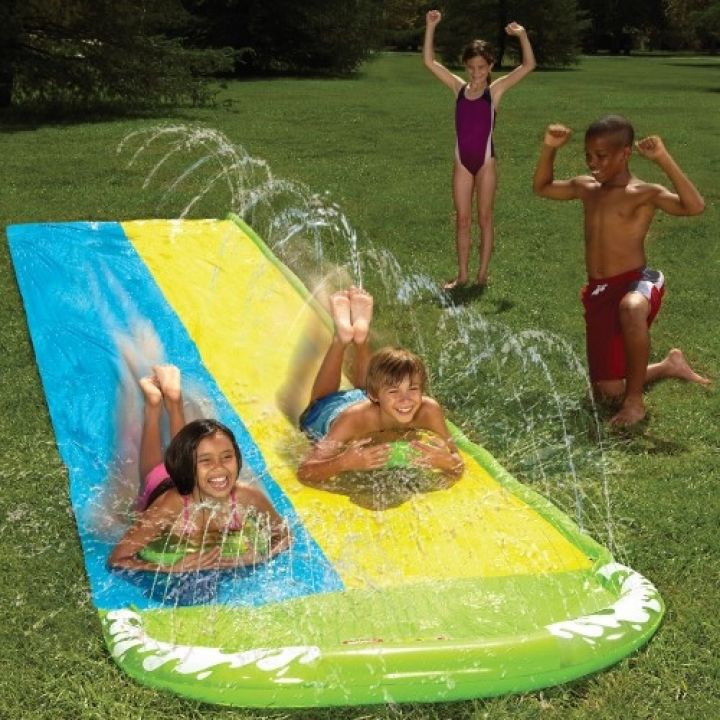 Invented by upholsterer Robert Carrier while watching his son hose down their slick concrete driveway and then slide down on it, the Slip ‘N’ Slide was launched to market by Wham-O in 1961.

The magic water slide quickly became a summer staple and millions have been sold around the world.

The iconic Wave Rider Double features two sliding lanes for double the racing fun plus a “wall of water” on the end bumper for extra excitement.